In Colombia, there are 7,700 legal mines in operation, as well as a large number of illegal mines. Most mines focus on the extraction of coal, gold, emeralds and other precious minerals from deep below the earth’s surface. Just 50 full time employees of the national mining agency, the Agencia Nacional de Minería (ANM), handle the auditing, health, safety and emergency response for mines in Colombia. 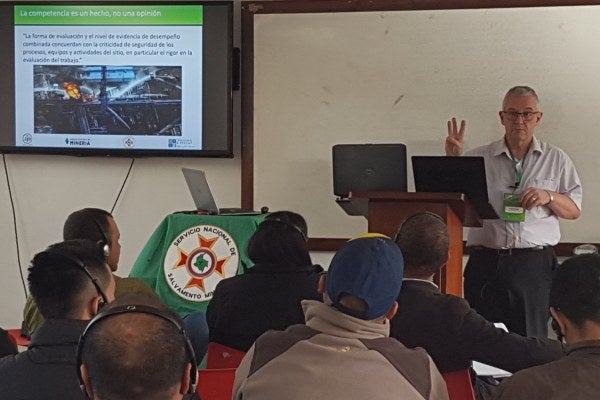 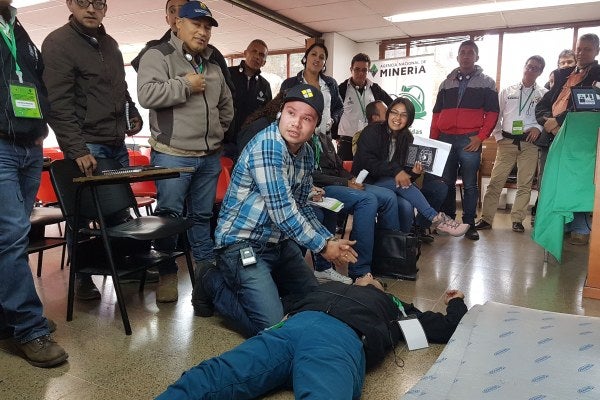 The small but dedicated team are passionate about their roles - but the nature of their work is dangerous, especially if they are called out to an illegal mine.

Our 100-year heritage and our modern approach to mines rescue (National Occupational Standards) made us the ideal team to complete this type of assessment and international rescue training.

Our initial task was to analyse and understand the current structure and function of the national rescue system in Colombia. A team of two mines response officers from MRS (UK) and a mining engineer from John T. Boyd Company (USA) made the journey to investigate. During the fact-finding trip, they visited six mines and mine rescue stations, facilitated by ANM and John T. Boyd Company.

The Colombian rescue team face many challenges in their work - team members have had guns pointed at them during rescues, and some even held hostage by illegal miners. This was all taken into consideration when completing risk assessments, a change from what MRS normally have to include during risk assessments here in the UK.

During the time that the MRS Training & Rescue team were in Colombia there were several emergency calls – which amplified the risks the ANM team often face. These calls included roof falls, confined space rescues, transport emergencies, two irrespirable atmospheres and a methane gas explosion. These incidents resulted in 17 injuries, three of which were of a serious nature.

Once the initial analysis was complete, then followed the preparation of standards, key competencies, training schedules, courses and finally development of new guidelines. These guidelines have now become the standard protocol in Colombia and regulate mine rescue operations.

Since the initial consultancy and training (phase 1), MRS have continued to support the ANM team with additional training and rescue practice. This has included a number of mock emergency exercises and training on the major hazards associated with working in mines.

Phase two of the operation, provided by MRS and facilitated by John T. Boyd Company, has now also been completed. The ANM mines rescue employees were guided on how to develop a lesson plan and effective visual aids for inclusive training, risk assessments and the psychological effects on a rescuer. The MRS team have since spoken about the hard work and dedication of the ANM employees, all of which is truly inspirational to everyone here at MRS Training & Rescue.

The ANM team have also provided us with some great feedback.

The mines rescue practices and teaching process used in the United Kingdom applied in the training were of great importance and can be implemented to the National Service of Mining Rescue in Colombia.

Excellent professionals, a company very committed to training with a good teaching methodology.

What a great human quality these men have and what a great commitment and dedication to transmit their knowledge.