Penderyn is a limestone quarry in South Wales producing up to 500 thousand tonnes of limestone each year. 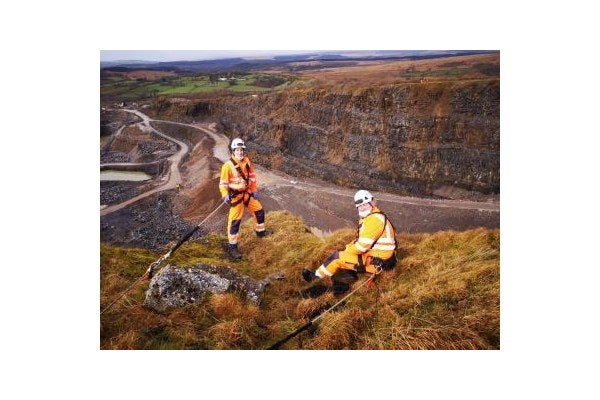 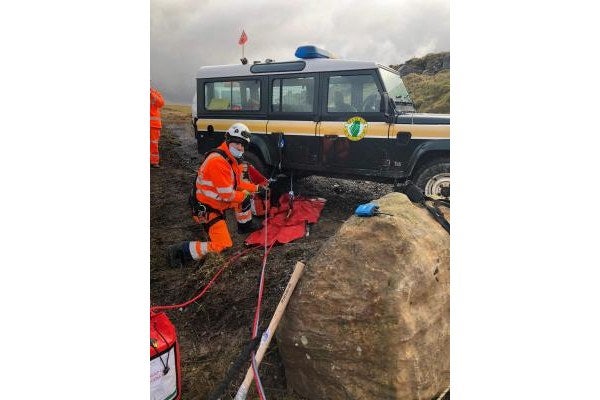 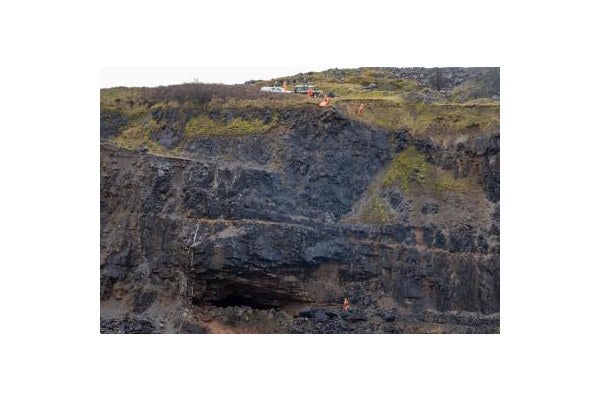 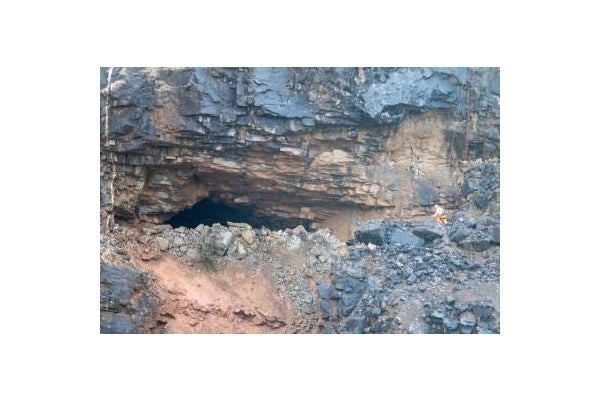 Having delivered previous health and safety training to the quarry owners, Hanson Aggregates, the company approached MRS Training & Rescue for our help to access a cave void that had appeared, in order to gain videos, pictures and measurements.

There was some uncertainty as to the size and depth of the void inside the cave. It was vital this was established to ensure the area surrounding the cave could be fired to extract the stone.

Access to the cave was difficult and restricted so Hanson’s had initially used a drone to try and get inside the cave itself and take video footage and photographs, but the results were inconclusive.

They approached MRS Training & Rescue to see if we would be able to access the cave and provide the information they required.

Our Operations Manager, Gerwyn James, along with his rope access specialist Martin Scoot, visited the site prior to the work commencing and calculated the best and safest way to access the cave. They put together a Safe System of Work and Risk Assessment and Method Statement documents, detailing how access would be achieved.

Due to a 5m ledge just above the mouth of the cave, it was not possible to abseil directly down the quarry to the entrance. Furthermore, there was lose stone at the cave entrance making it unsafe to get too close.

We committed a team of five of our advanced work at height and rope access specialists for this job, to ensure the safety of all involved.

It was clear there was no obvious anchorage point available on the quarry and so two MRS vehicles were used as anchorage.

With three of our team remaining at the top of the quarry, overseeing team member Billy Teague accessing the cave, they controlled the primary and secondary lines using a Unidrive system. A further team member was at the bottom of the quarry and communication amongst all was maintained throughout.

In addition, Operations Manager, Gerwyn James, was at the far end of the quarry overseeing the entire operation.

As Billy was unable to gain access into the cave, he went down the side of the quarry using his rope access skills, to get as close as possible to the crease of the cave mouth. There he was able to take photographs, video, and laser measurements to establish if there was a huge void or just a possible shallow clay pocket.

The General Foreman and Quarry Manger were able to review the footage taken, which gave them all the information they needed. Since this work, the MRS team have been contacted by other quarries in helping gain access to difficult to reach areas.

The expertise of the team and their approach to this difficult task was excellent. The skills and equipment used and the planning and preparation by the MRS team, gave us the confidence we needed to know the work would be done safely and effectively. We now have the information we need to ensure we can detonate the area safely.