It was great to welcome BBC East Midlands Today to our headquarters and training centre in Mansfield Woodhouse last week.

Reporter Tony Roe and his cameraman Steve Acton visited the former Mines Rescue Station on Leeming Lane South to see how the building has been transformed and modernised in recent times. 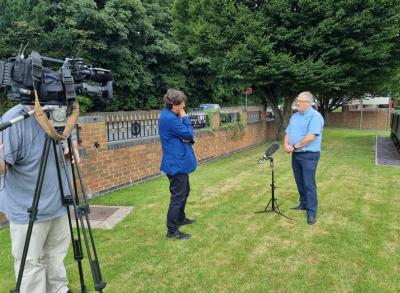 Both were given a full tour of all the facilities including the network of underground tunnels built into the fabric of the building, used to train anyone working in confined spaces. These tunnels replicate real life conditions for the trainees and during the filming, confined space training was taking place with several delegates from various organisations. Tony interviewed Anastasia Doronina from Panton McLeod to ask her what it was like and how the training had benefitted her. 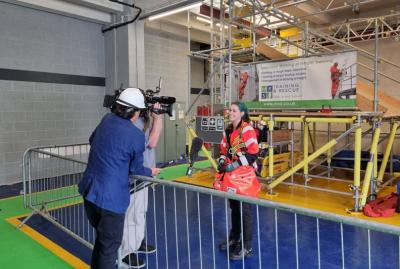 Also taking place at the training centre that day was some work at height training which again the cameraman filmed along with a brief discussion with one of our trainers. 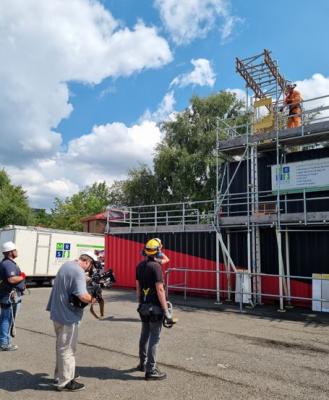 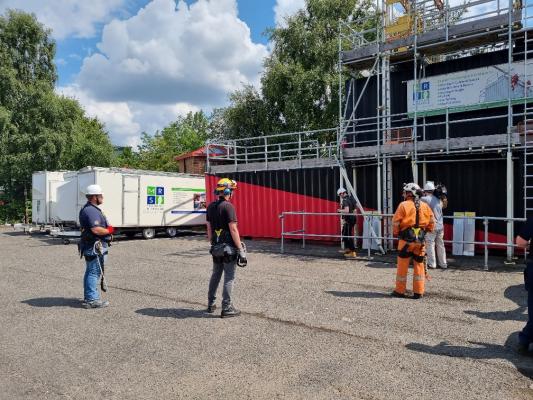 And they also witnessed a First Aid at Work course run by trainer Phil Wragg, who showed some practical demonstrations of how to conduct CPR. 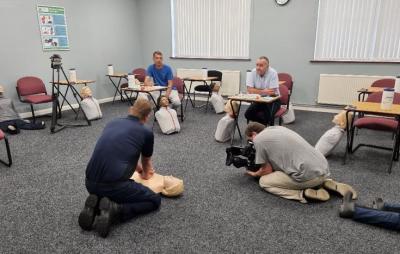 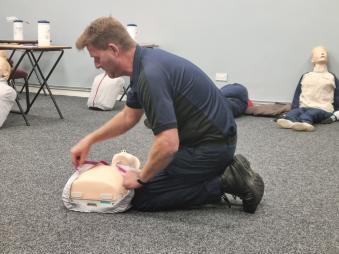 Tony was also interested to chat with Operations Manager for the East Midlands area, John Mowbray, who has worked for the company for over 40 years, 35 of them as full time Mines Rescue. John is a qualified and competent rescue officer and has operated in a high-risk industry such as mining, water, energy, chemical, oil, gas and nuclear. During his time in Mines Rescue, he has responded and been involved in many underground incidents including falls of ground, fires, explosions, inrushes and unfortunately, dealt with many fatalities. Today he uses that experience and expertise and leads his team to provide health and safety training and support for industry. 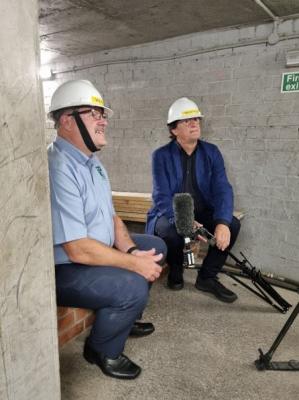 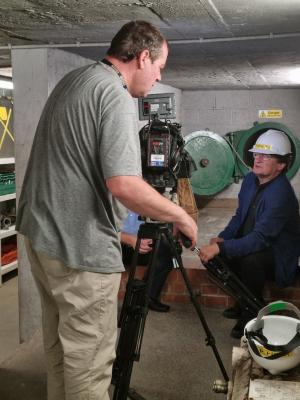 Tony and Steve also spoke with John about the history of mines rescue in the area. The building on Leeming Lane originally opened back in 1958 and we have many photos from that era including the open day invitation – all of which adorn our walls and cabinets to create a living history showing how it has changed to the building it is today. 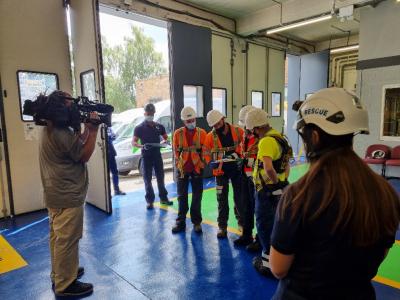 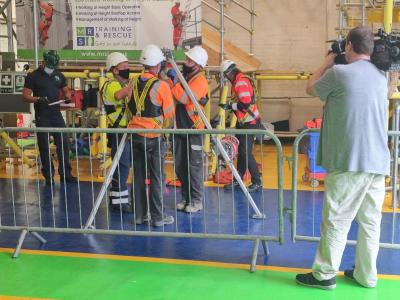 During the visit we also discussed the emergency rescue services we provide for industry and none more topical than the services we have been providing to Balfour Beatty during the Clifton Bridge repairs that have been taking place in Nottingham over the last 18 months.

The piece was aired on BBC East Midlands Today and you can watch the programme here.