Confined space work involves some of the most critical hazards in the energy industry, so it is vital all those working in such spaces have the proper training and are competent to work safely.

The Confined Space Regulations 1997 were created under the Health and Safety at Work Act 1974 (HASAWA) and came into force in January 1997. Currently in its third addition, the approved code of practice (ACOP) was produced by the health and safety executive (HSE).

The regulations apply to all premises and work situations that are subject to the HASAWA 1974 within the UK it also places a duty on the employer to provide suitable and sufficient information, instruction, and training including supervision section (2.2C), and to some extent outside of the UK. Under the confined space regulations, entry into a confined space can only be made by a competent person who is trained. 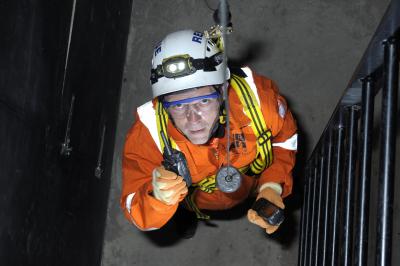 What is a confined space?

A Confined Space is any place in which, by virtue of its enclosed nature, there arises a reasonably foreseeable specified risk.

Examples of plant, equipment or facilities in the energy industry that could become confined spaces include:

Each confined space is unique and initially must be assessed and categorised to determine if it is in fact a confined space and if so, whether it is low, medium or high – as specified by the National Occupation Standards for confined space classification: 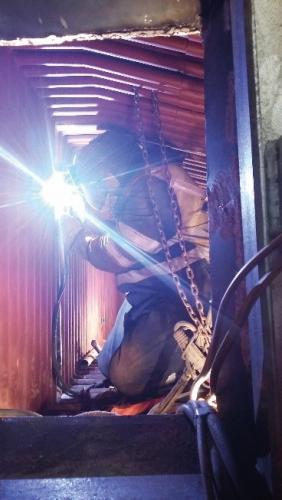 Foreseeable specified risks are stated as: 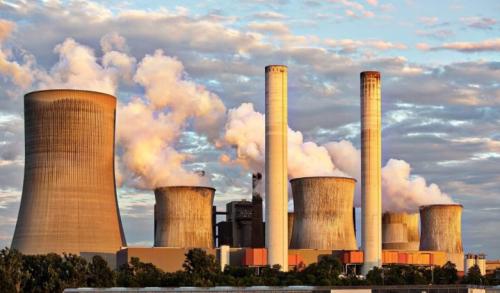 Although many coal fired power stations have closed, there are still three in operation in the UK which have a total generating capacity of 4.52GW.

They have many confined spaces within them – some are huge spaces, but the nature of the work conducted in them - welding, burning coal, high temperatures, gasses, atmosphere - means there are risks present that must be controlled.

To generate energy from coal, it is first pulverised into dust form in the coal mills and then transferred to the power station and burned in vast furnaces / boilers. These boiler units can be over 160 feet high, and typically have a labyrinth of pipes and over 50 confined spaces within them. The coal is fired in the furnace / boiler which is where the heat exchange takes place. As the coal burns it produces ash. The ash falls to the bottom of the boiler and is removed by the ash systems. From here, the excess dust is transferred through ducting to the precipitators, and then onto an external FGD plant to remove sulphur dioxide. A valuable commodity, the ash and dust are sold onto other industries and used in a range of building materials, such as making plaster board and cement.

The pipes in the boiler are filled with water. Power stations are always located close to a river as this is where the water is taken in from to drive the pumps and turbines.  The water is heated and generates steam. The steam feeds into a steam drum where excess pressure is run off. Once steam has been generated it is used to drive the turbines in the turbine house a shaft connects the steam turbine to the turbine generator where the electrical energy is produced and is distributed via the national grid. Turbine houses are again enormous structures with many confined spaces inside them.

After passing through the turbine, the steam comes into contact with pipes full of cold water which cools the steam so it condenses back into water. It is piped back into the boiler where it can be heated up again to keep the turbines turning.

The water used to generate the steam is then treated to ensure it is at least the same quality as when it was taken, and then put back in the river. There are many vessels and tanks associated with water treatment and many have confined spaces in them.

When energy is in lower demand during the summer months, power stations use this time to do maintenance work on the boilers, turbine house, FGD and pump houses.

They close a boiler – known as an outage – and conduct cleaning, inspection and maintenance work. Due to the height of boilers, very often scaffolding needs to be erected inside them to enable the works to be completed. The works can involve repairing parts that have become brittle such as tube walls. Or cleaning areas that have become corrosive. During an outage you can typically have up to 3,500 people on site each day doing the works, so the management of the confined spaces is a huge undertaking and one that needs proper control. No one should enter or work in a confined space unless they are competent to do so and there are emergency arrangements in place that are appropriate for the level of risk involved in the task/space. These should include making provision for extracting workers from the confined space and making provision for first-aid equipment (including resuscitation equipment), where the need can be foreseen.

Many gas fired power stations use Combined Cycle Gas Turbine (CCGT) technology to power the plant. Much smaller in size compared to coal boilers, they burn natural gas to generate power and distribute it to the grid. Although they do not have any ash to manage, the way they operate is similar in principle to coal power stations. They are generating power through gas, and gas creates steam, turbines are driven, and energy is sold to the grid.

As such the various facilities and plant in a gas power station are like coal and have many confined spaces that require proper and careful management. Often gas power stations are found on the same sites as coal as its proximity to the grid and all facilities both need, such as water and good transport links, are similar.

This is a growing source of energy as it is cleaner, more efficient and will never run out.

Solar, wind, geothermal, hydro, and biomass energy are all types of renewable energy, and all have confined spaces and specified risks associated.

Here we look at two types of renewable energy and confined spaces and risks associated: 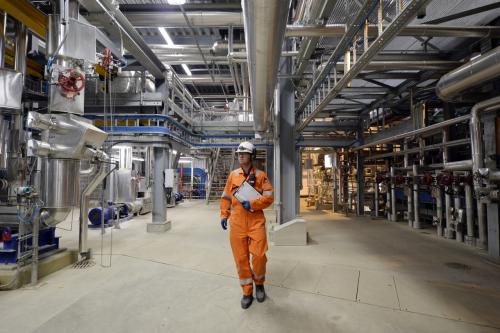 One form of biomass energy that is a growing development is energy from waste. Instead of putting it in landfill, waste is burned to generate power – and in some cases waste is reclaimed from landfill.

Lorries off load the waste in bunkers or tipping halls which are massive storage facilities. Claw grabbers then pick up huge amounts of this waste and transfer it on a conveyor which is then fed on to bunker Chutes that are gravity fed. The waste is then burned in the furnace and like coal fired power stations, ash is generated. Steam is heated inside the boiler tubes and energy created and captured efficiently to give more power to drive the turbines some of the energy is supplied to ensure district heating and some distributed to the national grid

The ash is discharged through the grates and this, plus any non-burnable product, is collected at bottom the grates where it is either sold for scrap or used in building materials. 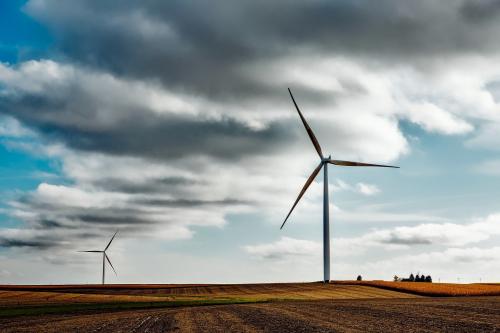 Wind energy is another form of renewable power, where Wind Generator Turbines (WGT) are used to create energy. A wind turbine has many spaces in it that are often confined spaces including hubs, nacelles, blades, access towers, foundations, switch gear rooms, transformer rooms. WGTs often need routine maintenance work which can create specified risks to workers and so the confined spaces must be identified and risk assessments and method statements (RAMS) conducted to ensure worker’s safety.

And as with all medium and high risk confined space work, bespoke and carefully planned rescue provision must be in place before any entries into the confined spaces.

Read our case study about the work we have been proving for Enercon and Senvion.

MRS Training & Rescue works with many energy companies including:

We offer a wide range of highly practical City & Guilds and CITB approved confined space courses, taught in state-of-the-art facilities that replicate the conditions a person in the energy sector might encounter in real confined spaces such as tunnels, pits, sewers, and tanks. We also offer GWO approved training for those working in the renewable energy industry on wind turbines, and our facilities include replications of a wind turbine and specially designed training towers to ensure delegates experience real life conditions, meaning turbine shutdowns are not required and so cost savings are made.

In all our training facilities, trainers simulate what it is like to enter, exit, and work in spaces considered a high, medium, or low risk confined space. And how to escape and, if necessary, carry out a rescue in a safe manner.

Confined space courses comply with current regulations and the requirements of the National Occupational Standards. Successful candidates have the choice of City & Guilds 6160 certification, or where available, our MRS certificate.

We not only deliver training – we work in high-risk environments like those experienced by many in the energy industry. Our experience of working across different sectors, including energy, has shown that, despite all best efforts, things occasionally go wrong.

Onsite, they follow the emergency arrangements agreed upon in the Risk Assessments and Method Statements. Where an emergency falls outside the scope of the RAMS, our rescue team will carry out a dynamic risk assessment. In the event of a sustained emergency event MRS have the resource to provide ongoing support including skilled management to liaise with the emergency services. 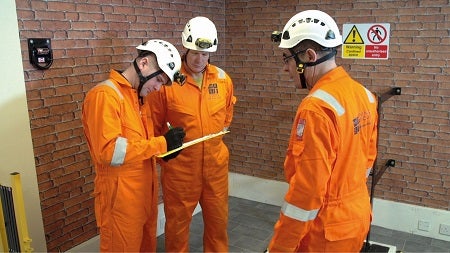