We were recently asked to respond to a situation at the old Daw Mill Colliery site near Nuneaton. Someone had been trying to access the old surface drift portal, and in doing so had ignited the timbers that formed part of the shuttering when the concrete trespass wall had been built. Ultimately the fire ignited a mix of methane and oxygen within the explosive limits, which resulted in the 20 tonne seal being moved almost 1.9m from the mouth of the drift portal.

The two pictures show the impact that a small explosion can have, timber and small pieces of concrete were thrown almost 150m from the portal, and the steel reinforced concrete was severely damaged. 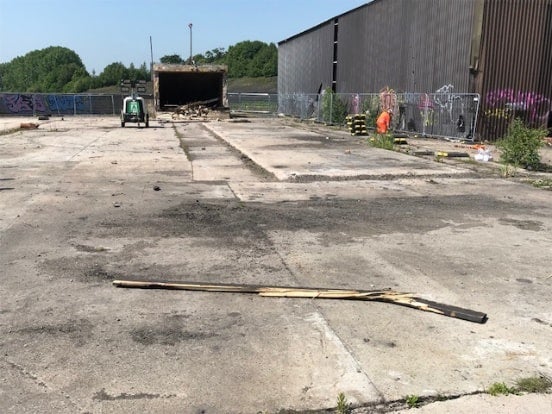 Mixing flammable gases with oxygen in relatively small quantities has the potential to cause an explosive environment, which if ignited can cause considerable damage to people and structures.

Our operational crews are often on site for industrial rescue activities and are always vigilant to ensure that isolations are correctly completed, tanks are adequately ventilated and gas burning, and welding equipment are not leaking.

A big thankyou to the team involved on the day, who carried out a search at the top of the drift, and down to 220m into the drift, with the objective of ensuring that no one had entered and been caught up in the explosion.