The Port of Tilbury (London) is the largest of 8 ports owned by Forth Ports. Situated on the north bank of the Thames, it is perfectly placed to handle cargo for London and the rest of the South East. 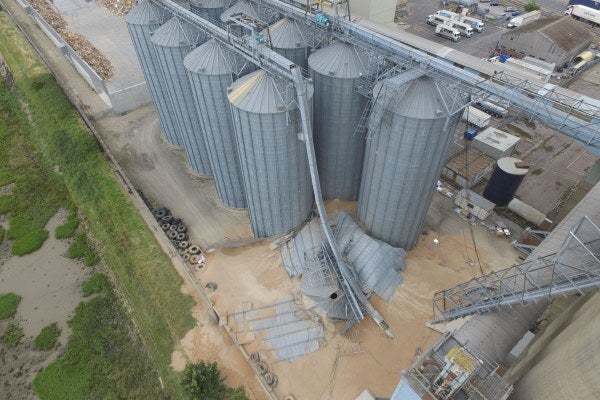 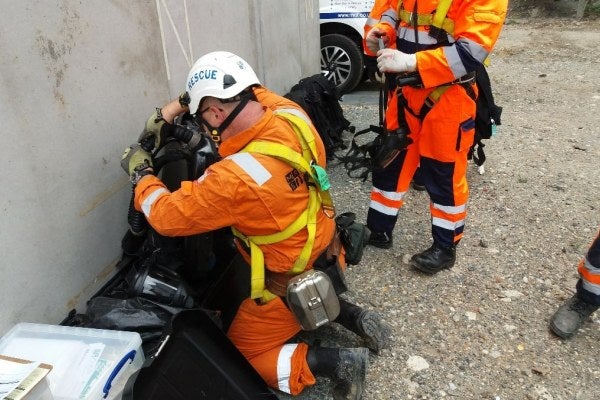 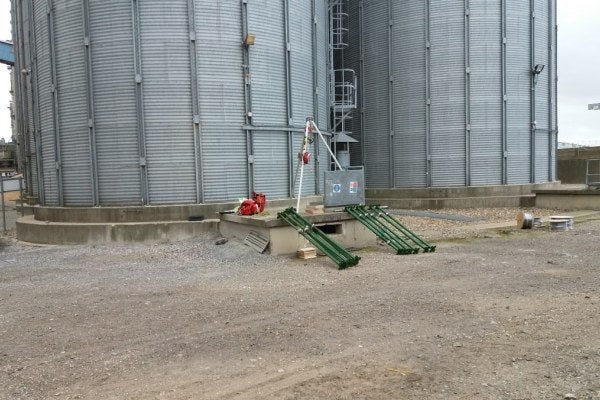 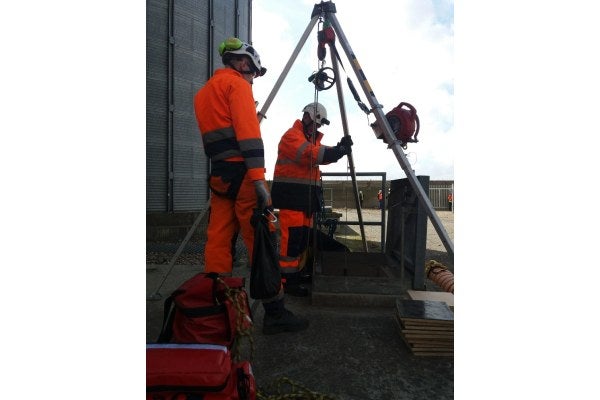 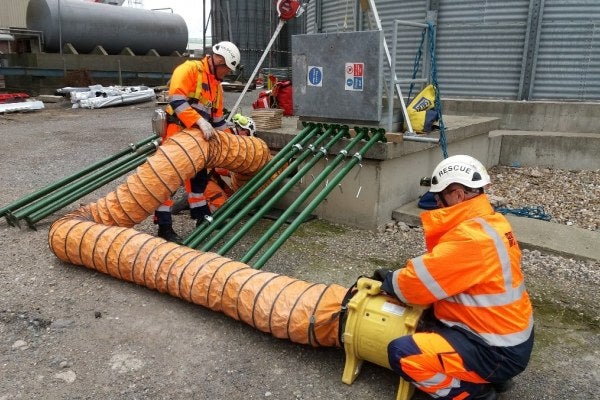 The varied cargoes are spread across an estate in excess of 1,000 acres and the port can support ro-ro, container, forest products, grain and bulks as well as cruises and property solutions.

As a company which had already worked with the Port, MRS Training & Rescue was initially approached for their advice, expertise and experience in working in confined spaces.

Initially, two visits to the site were made by our Swadlincote Operations Manager, and he was alerted to the fact that three more silos were partially damaged and leaking grain with potential for further collapse, possibly filling the tunnels with grain.  There was a great deal of discussion between Port of Tilbury London (POTL) and us to establish the best way of proceeding.

Many other experts were brought in including Drone pilots and laser measuring systems to measure movement, remote controlled tracked vehicles to gather CCTV footage to assess the structural integrity of the tunnel in case of further collapse, and ensuring the air quality before we allowed people in.

We were asked if we could send our high risk confined space rescue teams into the tunnels to set supports, ventilate the space and also support electrical teams on site who were rewiring the underground conveyors to a generator at the safe end of the group of silos. This would then allow the grain to be emptied into some of the remaining silos.

The Results and Benefits

Our team carried out the work and used our BG4 long duration apparatus (coupled up) to carry out initial inspections. It was decided to try and remove some grain that had engulfed the underground motor in an attempt to see if it could be used. Whilst our team were working in the waterside tunnel sucking out the grain, there was an instruction for us to withdraw due to 8mm of movement during a period of 30 minutes.

POTL sent drones to review the situation and discovered there was grain emptying out of one of the damaged silos and further structural damage. So the work in the tunnel was suspended pending further meetings and ideas how to get the rest of the grain out by other means e.g. from above.  POTL kept us up to date with progress whilst a new approach to recover the product was devised.

After the silo collapse, our goal was to attempt to recover the product from the remaining silos. The number one priority at all times was to ensure the safety of all whilst we progressed through the various stages. We gathered together experts in a number of fields such as structural, safety, and underground rescue and having worked with MRS in the past, they were our first contact for consultation on working within the tunnels. They provided us with the expertise and the confidence to be able to work safely underground with the backup of a professional rescue team.