Dragonby Mine is a redundant iron ore mine owned by Tata Steel. Although no longer mined, the company has a duty of care to maintain its structural soundness. 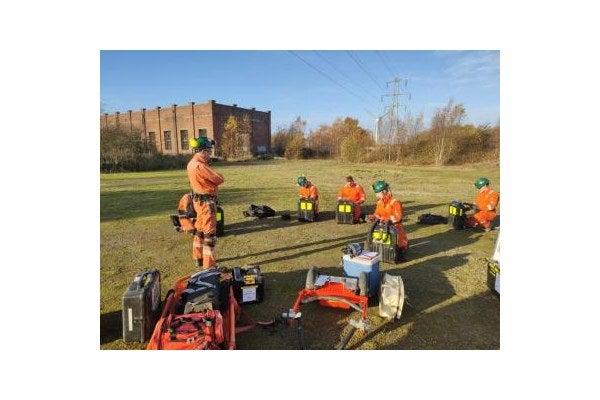 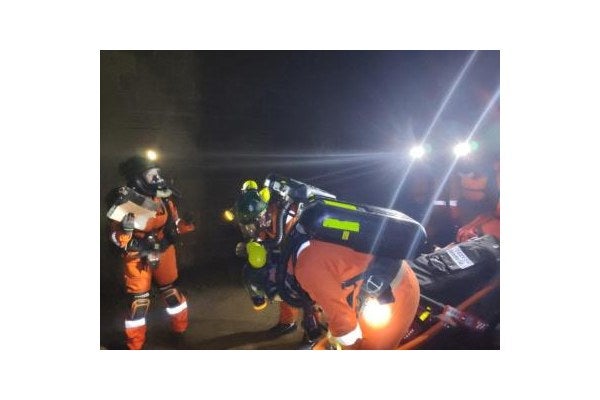 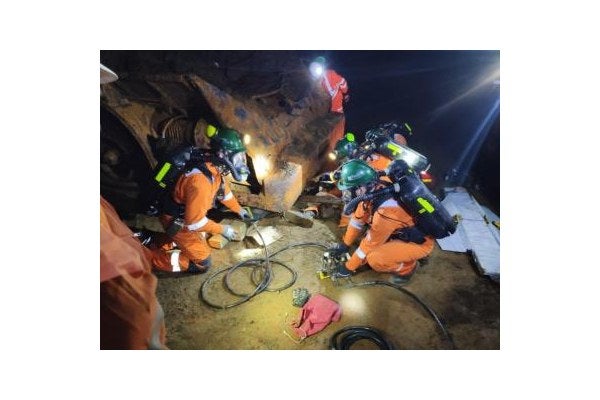 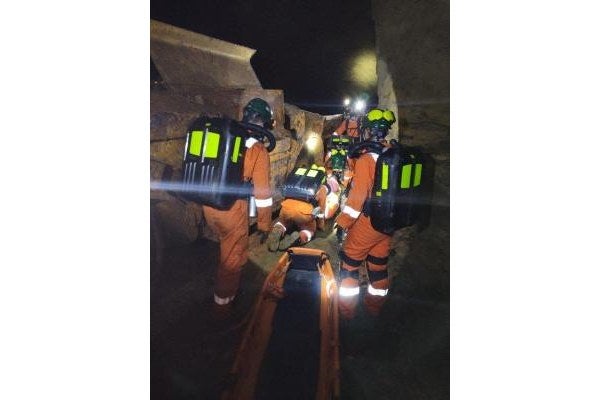 Quarterly inspections are made and there are work programmes to maintain roadways, pumping and ventilation equipment.

The mine is part of the Mines Rescue Scheme set up by the Mining Association UK and as such, must undertake a mock emergency exercise each year to ensure operational readiness and evaluate and check emergency arrangements.

Tata Steel do not have any mine rescue workers employed and so, as part of the Scheme, they are able to benefit from the collaborative approach offered by MRS Training & Rescue, the main rescue party, and other mines as required.

The MRS Rescue Team were called first thing in the morning to attend an emergency at the mine. On arrival they were told that the Mine Supervisor was trapped under an old shuttle car while doing routine checks. Other workers had seen smoke and had evacuated the area, but they were not in a position to assist with a rescue, and they could not establish exactly where the casualty was. Radio communication with the area was lost and no further communication was possible.

The rescue team were deployed to go into the mine by Neil Fowkes, the Rescue Officer in overall command. They firstly set up a fresh air base as close as possible to where the casualty was known to have been but far enough away to be safe, as there was an irrespirable atmosphere further in the mine.

After setting up the fresh air base, the team, led by Captain Tori Jennings and Vice-Captain Lindsey Speirs, donned BG4 long duration breathing apparatus and began to trace the last known route of the casualty. To help improve and advance communication through the mine, they took three Wi-Fi extension nodes with them to boost the signal for radio communication into the search area. The team were able to speak with the fresh air base and with surface control. This was the first use of Dragonby’s system in this situation and it worked well.

The rescue team were unable to find the injured supervisor straight away as it was a vast area to search but using back tracing techniques, they did locate the casualty.

Safe Recovery of the Casulty

The team first assessed the area for safety and, establishing it was safe, they then tended to the casualty who was unconscious. After fitting him with a MARS resuscitation device they did a primary and secondary survey and treated him for shock.

To free the casualty from the shuttle car, the team could have used cutting gear or air bags, but after an initial assessment of the scene, it was decided to use air bags to lift the vehicle slightly and allow the casualty to be freed. Once free, the team continued to treat the casualty and the trauma he had suffered to his leg. The area around the incident was quite tight as there was another shuttle car in the way, so they had to work as a team to get through a very narrow passageway.

The casualty and stretcher were transferred into a basket stretcher which was fitted to a TURK trolley and then carried back to the fresh air base.

The use of a wheeled TURK stretcher carrier on the flat roadway surfaces of the mine was significant in enabling the team to travel long distance with less effort in carrying the casualty and equipment.

For the MRS Rescue team deployed underground, this was only their first or second experience of an underground environment. Yet, thanks to their extensive training in realistic conditions, they were not phased at all, and their training came through.

The risk assessment for any work underground has to be backed up by a fully workable rescue plan. Where there are extended distances and potentially irrespirable atmospheres, other responders may be unable to provide rescue services. By working with the Mining Association mutual aid scheme and MRS Training & Rescue we have a robust response in place. The professional response by MRS gives me, as mine operator’s representative for Tata Steel, full confidence in our emergency response plan.

I was extremely proud of the whole team. For young trainees to work as they did and take charge and show their leadership during a challenging exercise was extremely rewarding to see. Great leadership, communication, a good plan of action and exceptionally good casualty care. All came away with a lot more confidence and new skills that they will be able to use in the future within the service.