We were delighted to welcome Mark Smith, a journalist at The Herald, to our training centre at Crossgates, Fife in Scotland recently. Mark initially contacted us regarding an article he was writing about the 70th anniversary of the Knockshinnoch disaster. He was interested in our history and decided to write a follow-up piece about us and the work we do now.

The History of Mining in Scotland 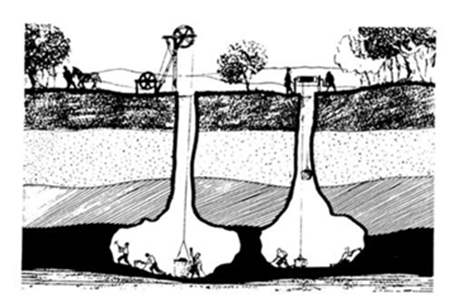 However, safety standards were poor, and the frequency and extent of mining accidents increased. During this early period, major incidents frequently occurred and many of the victims were women and children. During the first 10 years of the 20th century 3,200 men, women and boys were killed in the UK by mine explosions alone. Rescue relied on the bravery of fellow miners to try and assist their comrades and there was no special training or specialist equipment for rescue workers. Consequently, many of these would-be rescuers also became victims themselves.

In 1886 a Royal Commission recommended the establishment of Mines Rescue Stations and the first rescue station to open in Scotland was in Stenhouse Street, Cowdenbeath in 1910.  When mining was at its peak there were several rescue stations located around the Scottish Coalfields of Fife, Midlothian, Ayrshire and Lanarkshire.  In 1979 a total of 25 rescue stations covered 296 operating coal mines in the U.K.

The last deep mine worked in Scotland was Longannet Colliery which closed March 2002 due to flooding.

MRS Training & Rescue’s Crossgates centre was opened in November 1987 and is all that remains of the deep mining industry in Scotland. 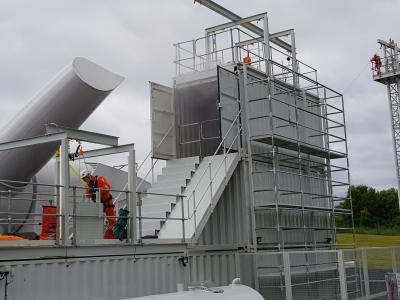 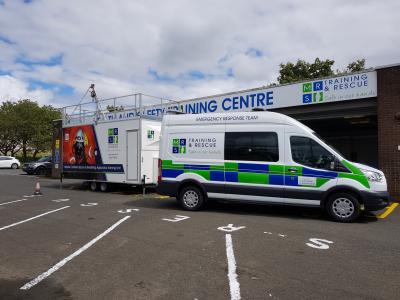 The most successful mine rescue operation ever in the UK took place in Scotland at Knockshinnoch Colliery, Ayrshire in 1950. Mine working was close to the surface and 13 men were killed when an inrush of peat and bog from surface marshland entered the workings. 116 others were entombed underground. The trapped men were located by a connection being made through old workings from a neighbouring disused mine.  The men were safely escorted to the surface through 800 metres of gas-filled tunnels whilst wearing the “Salvus” escape breathing apparatus, which had been borrowed from the fire service. The entire rescue operation only took 8 hours to complete after the men had been trapped underground for more than 2 days.

The longest rescue operation was undertaken in the UK also took place in Scotland. It was during the Michael Colliery fire in Fife, 1967. This operation lasted for over three months and involved a total of 3,500 breathing apparatus wearings by mines rescue team members.

We are one of the leading private-sector rescue companies in the UK today – providing cover for employees who are, or maybe, at risk of requiring it when working in medium or high risk confined spaces. For instance - power station outages, maintenance of vats and vessels in factories and breweries, boiler inspections, utility company sewer maintenance and inspection – or any confined space where there is a specified risk in which workers are operating.

One example of this is the Stockline Plastics Factory explosion on 11 May 2004. When MRS Training & Rescue arrived at the scene, firefighters were already there trying to locate people buried under the rubble. But there was a risk of the building collapsing on the fireman. So, MRS told the firemen to withdraw until we could secure the building.

Most of the building had collapsed although small parts of the building were still standing but unstable. MRS put shoring up (like wooden supports) to hold the rest of the building up to stop it collapsing, and when it was safe, MRS supported the fire service for several days, tunnelling into the rubble to help locate and recover people that were trapped.

We rescued some but there were fatalities as well – but we did recover them. Our Operations Manager, Errol Parrish was personally involved in this (and met Prince Charles because of his work), as were other members of the current MRS team.

Mark Smith's article about the histroy of MRS Training & Rescue in Scotland was published in The Hearld's Magazine on the 16 January 2021. You can read this below.

To learn more about our rescue services, or about visiting one of our sites – please don’t hesitate to contact us. 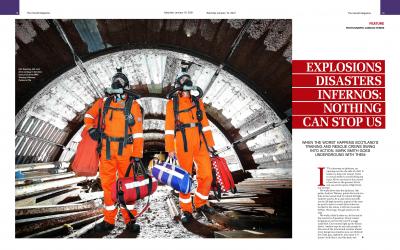 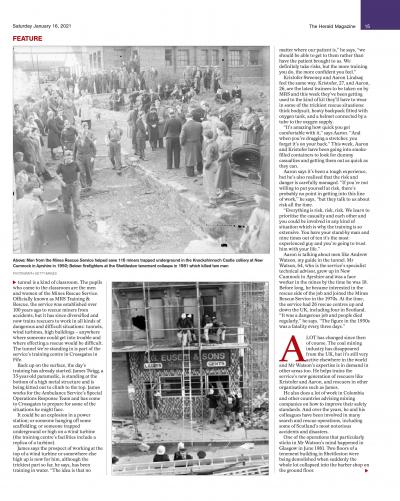 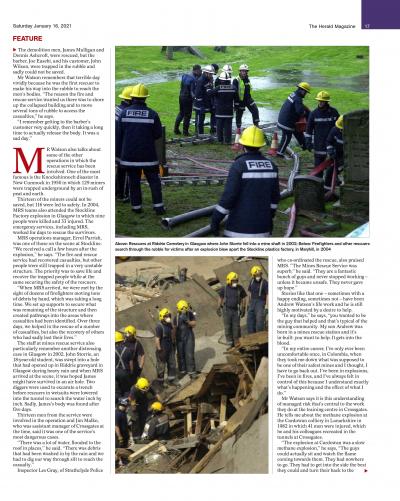 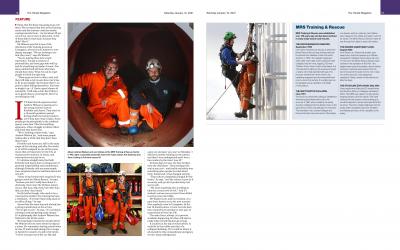