MRS Training & Rescue has over 160 employees across 7 sites in the UK. Those who are part of our team have varied backgrounds – which often include working in the industries our clients operate in. To provide a better understanding of what we do – we documented a week in the life of Derek Speirs, an MRS Training & Rescue team leader.

Derek entered the mining industry straight from school, at the age of 16 – following in his father’s footsteps. At the time Derek’s Dad worked as a part time rescue worker for Mines Rescue Service (our former name) and often Derek would visit the rescue station with his father.

Derek worked at Rufford Colliery until the mine closed in 1993, and then relocated to Clipston Colliery, joining the colliery’s part-time rescue team. In 1994 he moved to Maltby Colliery and after a 3-year course of studying mining and rescue principles he qualified as a Mines Official. 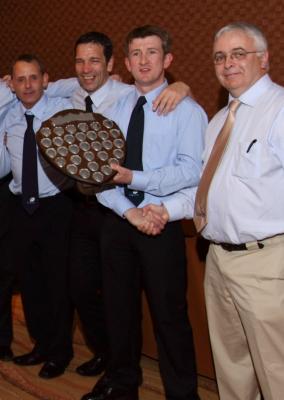 In 2013 he joined MRS Training & Rescue in a full-time capacity as a brigadesman and was promoted in 2015 to the post of Team Leader at the Mansfield training centre.

During his career, Derek obtained extensive experience in both mine and public emergency situations and has been involved in many rescue scenarios including fires, explosions, spontaneous heatings, roof falls, structural collapses, and confined spaces.

He is a qualified lecturer and assessor and has delivered many health and safety related training courses for the Mines Rescue Service. His exceptional relationship building and communication skills have ensured he is the go-to person for many aspects of the business.

“There is really no such thing as a typical week” says Derek “and that is what is so great about this job and why I love it so much. But to give you an idea of how varied it is, this is the schedule I have for the coming week.”

A Week in the Life of a Team Leader

This course was created specifically to meet the needs of Severn Trent Water employees – something we do for many of our customers. Although the course covers the confined space regulations, we created a bespoke course to specifically cover Severn Trent Water’s procedures and controls for the enclosed areas on their sites.

The course also covers access equipment such as fall arrest, recovery and any specific equipment Severn Trent use. Gas detection is also covered and during the course we explain the specific gas monitor the company uses, including the maintenance regime and calibration process the company adopt.

All methods of ventilation are also covered, again specifically to Severn Trent Water standards, and the course concludes with a written test and practical entry where delegates must demonstrate competence and pre use inspection of all equipment.

An early start sees Derek driving to Manchester to our customer Kelloggs. Derek has been their go-to trainer for many years and has delivered a wide range of training for the team there. Many of these courses have been created as bespoke packages for the customer, to meet their specific needs and situations. He has trained employees on all levels of confined space training, including the management team in managing confined spaces. He has also trained the Kelloggs Incident Response Team for many years to ensure their knowledge and competencies are kept up to date. And he has run a wide range of courses including working at height, manual handling and non-BA rescue, to name a few. Today, Derek will be running a bespoke Medium Risk Confined Space refresher course and once completed, will drive back to Mansfield, ready for the next day’s job. 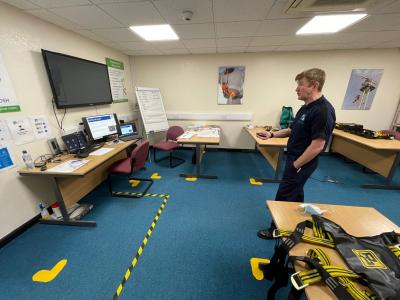 Having been running training courses so far this week, today Derek travels to FCC Environment’s plant in Lincolnshire, which diverts 190,000 tonnes of residual waste from landfill and generates 105,000 MWh annually. FCC are starting an outage which will run for several weeks, to enable them to undertake maintenance work on the plant. Derek will be one of two team leaders on site, leading an MRS Training & Rescue team providing rescue cover for all confined space and work at height situations. 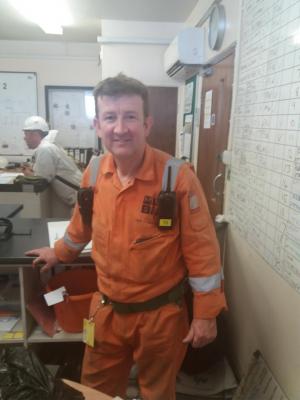 Derek has been providing this service for several years and so when he arrives at site, he will initially ensure he fully understands the planned works and anything unique this year he needs to be especially aware of. He will then be situated in the FCC Permit Office with the Shift Leader from FCC, and will be on hand to offer advice on all things related to confined spaces and working at height.

Given the size of the project and numbers of people involved, Derek will organise two 12-hour shift teams to provide cover 24/7 throughout the planned outage and he will be the team leader of a team of 5 throughout the operation. Derek will travel to FCC each day and so overnight accommodation is not required on this particular job, but that is not always the case, so Derek can be away from home for periods of time for some jobs.

Each day Derek and the MRS team will join all contract partners in a daily outage meeting, where FCC run thorough all jobs for that day and any issues/hazards etc. Derek ensures all MRS team members have signed the Risk Assessment and Method Statements (RAMS) on site and then deploys the MRS team to act a Top Person or whatever other duties are required.

As part of our role on site MRS book each person in and out of the confined spaces, taking daily logs and controlling them.  All contractors are checked to ensure they are competent to work in the confined space and have the correct certification.

Derek also manages the Permit Board so at any given time anyone can see what confined spaces are operating and plots, via a mock-up of the site, who is working in each space.

If there is an emergency on site in any confined space, Derek ensures everyone else gets out of any active confined spaces they are working in and they are closed down, to allow the MRS team to respond to the emergency and avoid any risk to anyone else.

The team also ensure they provide added value services where they can. An example of this during the FCC outage is carrying out bump testing of the clients’ on site multi gas detectors. They do this after midnight to ensure they are ready for the next shift cover.  Bump testing is flow testing known gasses over the gas monitor to test sensor accuracy - a mandatory part of FCC’s procedures. The team also clean and issue radios and log the same for our contract partners. 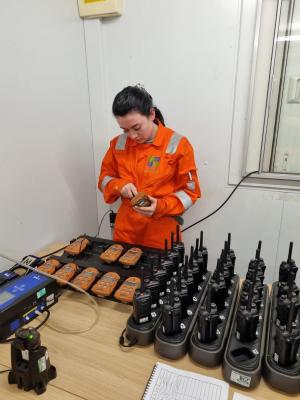 Derek and his team will be at FCC for several weeks while the outage takes place and then he will be back to his more usual varied role.

“It’s such a dynamic working environment. Very often delegates on our courses can be reluctant to attend as they would rather be working on the job they know and are familiar with. They can see training as mundane, but we so often get such positive feedback because we, as instructors’, practice what we preach, and delegates appreciate how we work.” Derek Speirs, Team Leader, MRS Training & Rescue

And now MRS Training & Rescue have another generation of the Speirs family working, as Derek’s daughter, Lindsey, has recently joined the team at Mansfield as a trainer and rescue operative. Derek says “Lindsey has got a terrific career ahead of her and it’s great for her to carry over the family tradition. Like myself grandad “Chick” would have been so proud!”